Cleora was born on May 1, 1909 in a ranch house located just outside of Thatcher, Arizona. She was the third of seven children born to Christopher Anderson Allred and Silva Mae Faulkner Allred. Her great-grandfather was Christopher Layton. Cleora attended school in Thatcher, graduating from the eighth grade in 1924. She also attended high school in Thatcher but did not graduate at that time. In 1927 she fell in love with John William Westphal Hancock and they were married on November 3, 1927 in Lordsburg, New Mexico. By 1930, the couple had two children - a son named Max Gilbert and a daughter named Ella Mae. Cleora completed her high school course work at Gila Academy in 1934 and received her Junior College Certificate in Business in 1937 while raising her family and traveling with her husband to various job sites around the state. 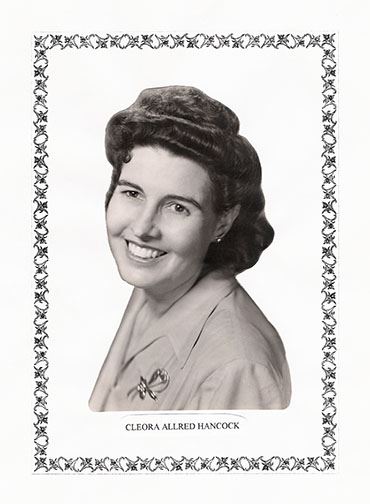 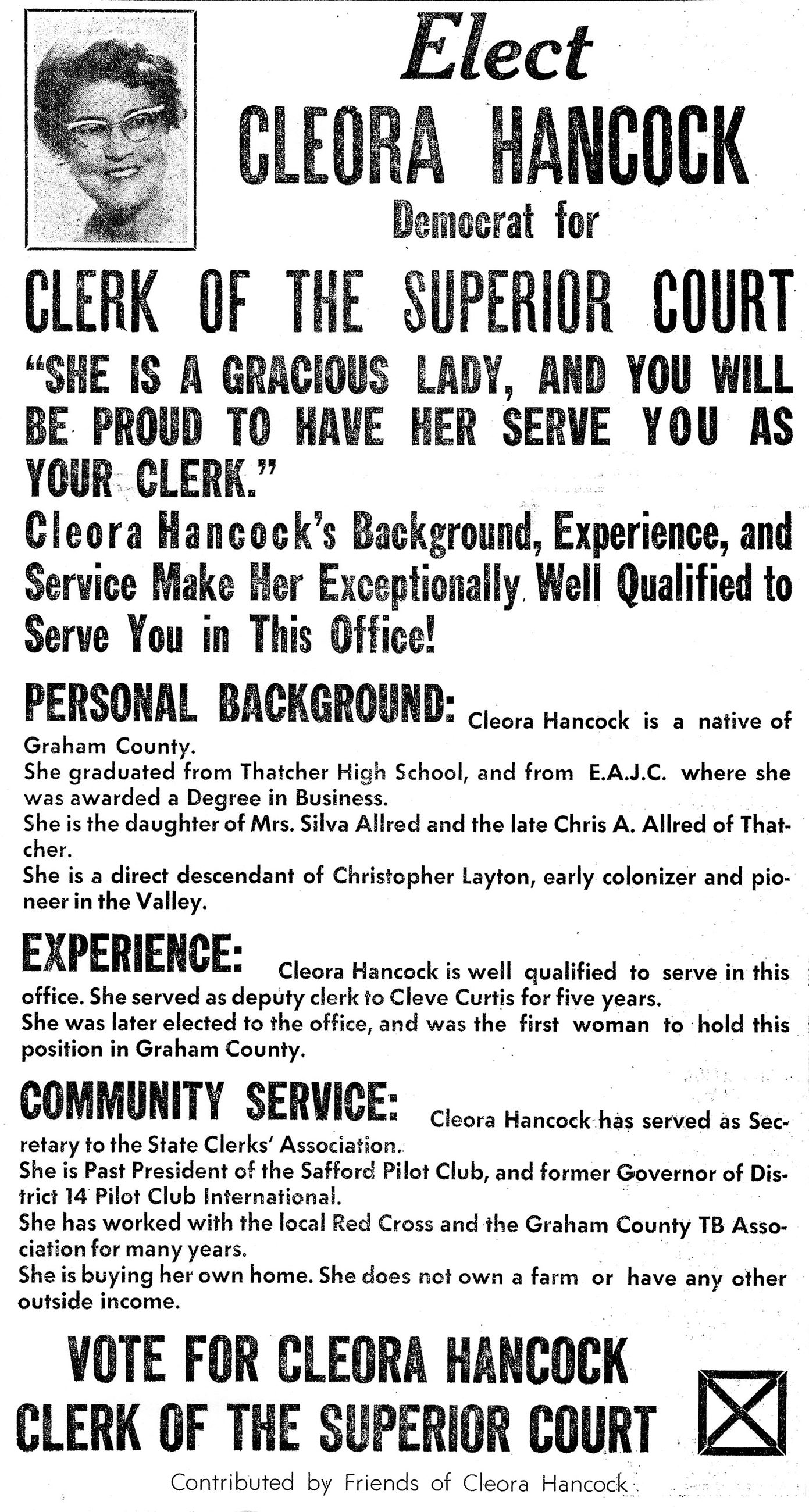 In 1941 - to supplement the family income - Cleora got a job as the Deputy Clerk where she worked for Cleve Curtis, the Clerk of the Superior Court in Graham County. Her beginning salary was $50 per month. She was also made jail matron, which paid her an additional $25 per month. After being laid off by Mr. Curtis in August of 1946 and learning that he had decided not to run for reelection, Cleora decided to run for the position of Clerk and went on to win the election. She took office on January 1, 1947, becoming the first woman to serve as Clerk of the Superior Court in Graham County. She was later reelected to the position in 1950 and 1954.

In the early 1950s, a service club was formed called the Pilot Club which assisted those in need. Cleora became very active in this organization, serving in several offices including Governor of Arizona for the Club. She also traveled to club conventions throughout the United States.

Cleora was a very devoted mother and grandmother. She lived to the age of eighty-two and upon her passing on Dec 21, 1991, she left behind a growing posterity of two children, twelve grandchildren, and thirty-two great-grandchildren plus three who preceded her in death. 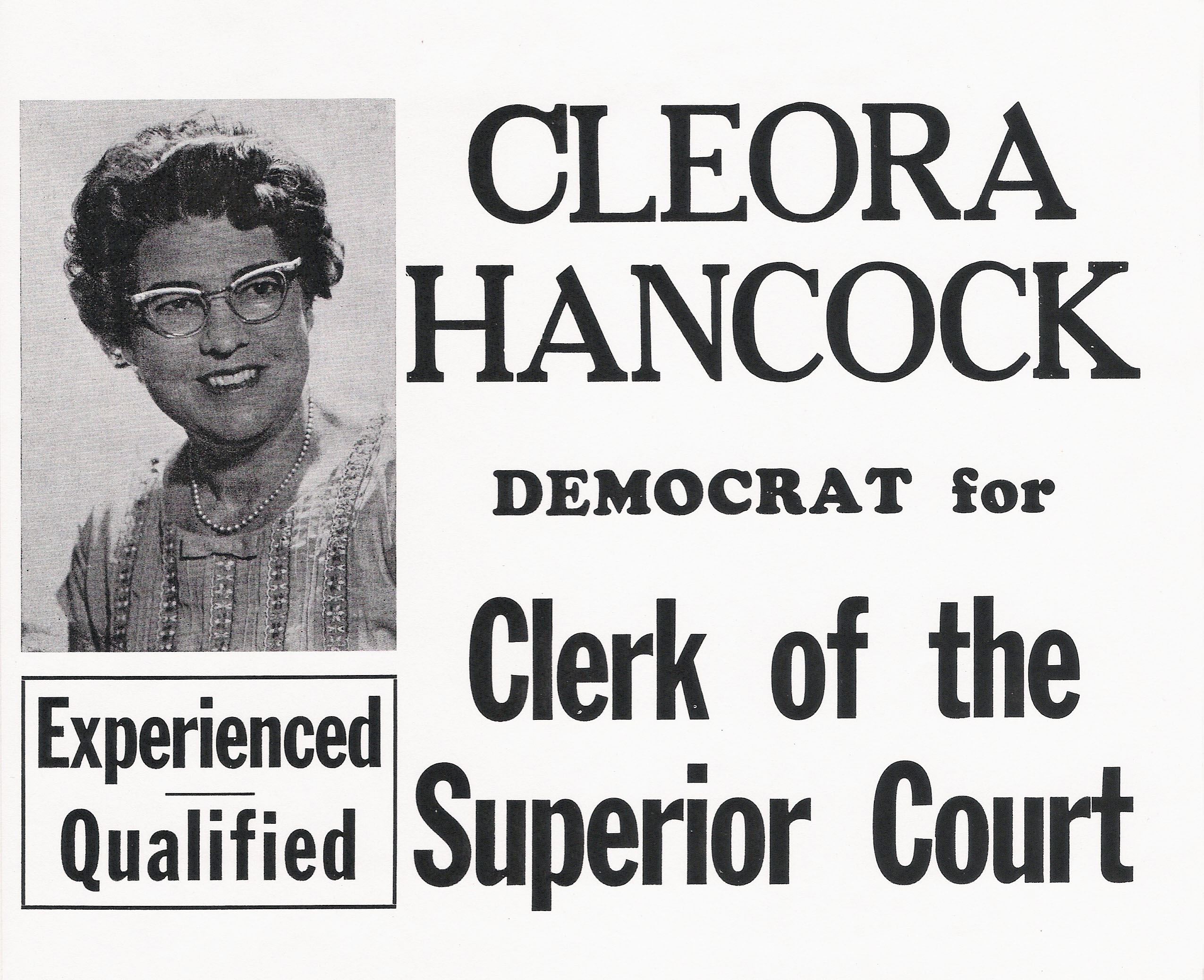