Create an Account - Increase your productivity, customize your experience, and engage in information you care about.

The Presidential Preference Election (PPE), is an election in which voters can choose who they would like to be their presidential candidate in the upcoming General Election.  Party winners of the Arizona PPE are officially determined at the party's national convention.

PRIMARY ELECTION – To Be Announced

GENERAL ELECTION – To Be Announced 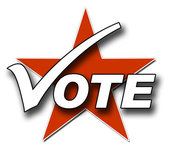